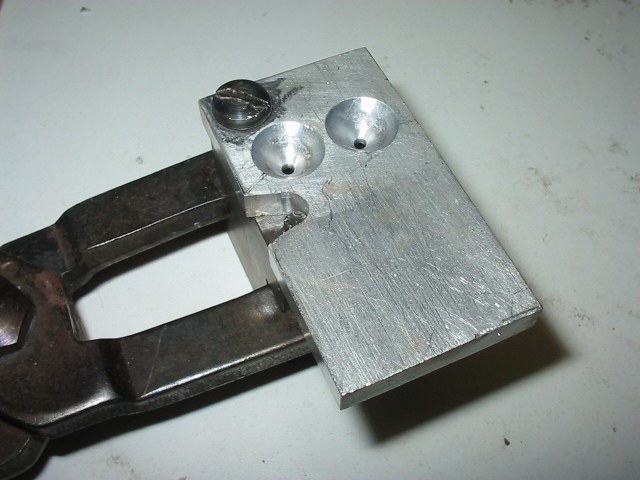 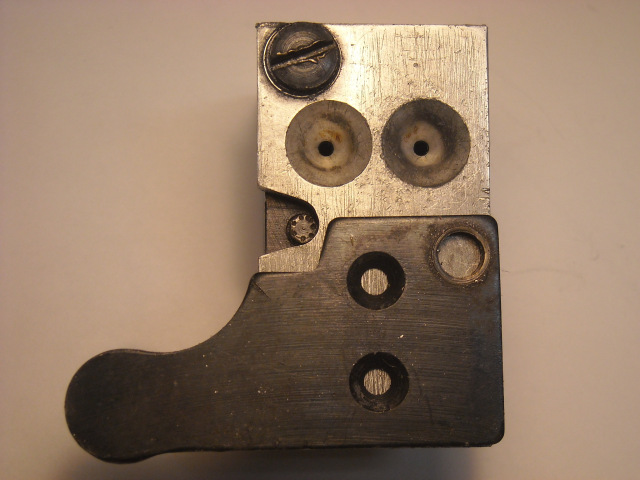 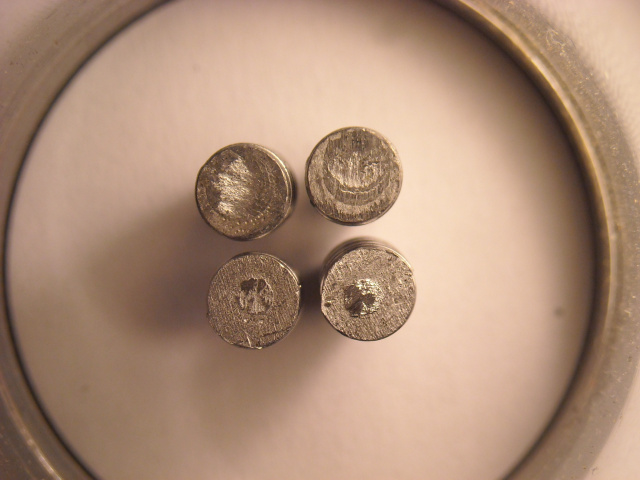 The gas check shank to pouring hole ratio of the new plate is 5/37 or approximately 13% so pretty much in line with the .459 example from the table above.

So, was it worth the effort?  Absolutely.  My weight variations per bullet dropped from +/- 0.5gr to +/- 0.1-0.2gr.  In addition the new, smaller diameter sprues, even when cast in linotype, can be cut using just a gloved hand where previously a tap on the plate with a thick dowel was required.  The experiment was sufficiently successful that the second piece of material was fashioned into an identical plate and fitted to the Lyman 225462 mould producing the same results.  I encourage others to give this a try though a word of caution; be sure to use top grade material.  After I succeeded with my plates I was asked by a fellow .22 cast bullet shooter to make an aluminium plate for him also.  I arrived on my doorstep with a very ugly piece of material that was very soft and awful to work with.  I was never able to make it fit the top of his mould perfectly as I had done with my ‘plane’ grade alloy and gave him my best effort accompanied by "That’s as good as it gets using scrap metal”.