This article is written by CBA member, Ric Bowman, and was published in the Sept/Oct 2009, #201 issue of the Fouling Shot.


It started in 1882. One hundred years ago, one of the most popular cartridges around was the 32/20. It was the most popular chambering in the Colt Bisley single action revolver. Winchester made over 127,000 in the Model 1892’s alone, not even counting the Model 1873 production or Low Wall single shots. Smith and Wesson made over 144,000 Hand Ejectors in “32 Winchester” and “32-20,” plus Colt, Marlin, Remington, Savage and others chambered guns for this round. The first real book on reloading was J. R. Mattern’s Handloading Ammunition pub-lished in 1926. He gives more ink and space to the 32/20 than any other cartridge except the 30/06 and 30/40 Krag. He says, “As late as 1905 Ideal was making more loading tools for it than any of the other size (es).” “...it is one of the most accurate short-range cartridges known.” Yet by 1930 it was dying. By 1945 it was dead, well liked and fondly remembered, but dead as a door nail! Why?How could a cartridge go from a best seller to nothing in 20 years? Well, it is about the money. And leisure time and what people did for fun, work and relaxation.

The cost of a new rifle or pistol was the same for any of the short centerfire cartridges. The savings came in buying ammunition. Manufactured ammo cost a quarter to a third less than most other centerfire smokeless loads. And it was adaptable to reloading with black powder. It used small amounts of powder and lead making it economical to reload and the tools were commonly available.

Before WW1, over 80% of the people lived in rural areas. Small farms, ranches and villages dotted the country, so almost everyone could walk to small game hunting and recreational shooting. Big game hunting was Rocky Mountains. This was before Game Commissions and Departments and game conservation was a new idea. Deer and bear were meat and had been hunted out by subsistence hunters and market hunters almost all over the United States. Hunting was shot gunning for birds and rifle hunting was for squirrels, groundhogs, rabbits and other small “eatables” and predators. Every farm and ranch has guns to protect the fowl and livestock from predators.

Every farm and ranch had guns to help in the slaughter of domestic animals for food. The 32/20 was accurate, quiet and very effective as the tool of choice for these people. My theory is that the 30 WCF (30/30) was created as a long range 32 WCF and not as a shrunken 30 US Army, i.e. 30/40 Krag! It came in guns similar to the 32/20 with about half again the bullet weight, penetration and range.

With handguns, the story is almost the same. They had same initial cost, but cheaper ammunition. Certainly, the flat nosed 32 bullets were as effective as the round nosed 38’s. The big bores were certainly used by cow-boys working wild stock, remote country horsemen and man killers, both inside and outside the law. But these were a small group compared to the population as a whole.

Besides baseball, what was the most popular sport in the Unitized States between 1880 and 1910?Shooting! Schuetzenfest, long range rifle, pistol and you name it and it was all done during the golden age of the shooting gallery. Every county seat had a 4th of July shooting match. Into the 1940’s and ‘50’s the Appalachian folk that I grew up among still considered a summer evening or Sunday afternoon shooting match the neighborly thing to do. Ranges were short, mostly less than 50 yards, but targets were small. A thumbtack stuck on a stump, or a quarter inch mud spot on a shaved tree trunk was a common target.

So what happened? Some of it was economic. The farm commodity price collapse of 1920 devastated the rural communities, and the Dust Bowl days and the Great Depression creating poverty unknown to rural people before that time. As bores eroded and guns lost accuracy, they were not given to younger relatives, but kept for use. City folks and government agencies were buying new guns and the 32/20 had no place.

And some changes were social. The rural folks fled to the cities and factories to escape the spreading poverty of the farm and small ranch in the 1920’s but flight didn’t help them after the crash of the stock market in 1929. Those that stayed in the country tried to find jobs in the small towns in trade and service industries, like auto repair and gas stations. Handguns were for self-protection first and recreation second.  The 38 Special and pocket automatics were what people wanted. My father told the story of my grandfather, Pleasant Bowman, who carried a Colt 32 ACP in one pocket of his overalls and a Remington 380 in the other for “balance” when he drove the Model T Ford of “mountain produce” from the hills to Cincinnati at night. The long barreled 32/20’s were left on the country place and never made the transition to the cities. Flat shooting and fifty yard accuracy weren’t needed in the city.

And shooting changed. Shooting, while still fun, became “training” sponsored by the Federal Government’s Department of Civilian Marksmanship, the US Army and the NRA. The focus was on formal matches with 22LR Small Bore at ranges up to 200 yards and High Power with the Model 1903 Springfield up to 600 yards. Guns, ammunition and reloading components were cheap and readily available for this formalized shooting game as long as it was in 30/06. And the 32/20 had no place here either.

And hunting changed also. Game conservation agencies and sportsmen groups’ efforts lead to populations of deer that had not been seen for a hundred years. Elk were introduced into new areas and their populations exploded, as they became woodland and fringe area animals rather than plains game. The 32/20 is not a good deer round and everybody knew it. Many states simply outlawed the 32/20 for deer and every other “licensed” game animal. Why buy something that you can’t take deer hunting? But the biggest change was “varminting” and its guns. The 22 Hornet would kill small animals as well as the 32/20 and at twice the range. And like the 32/20, it was quiet and ammunition inexpensive to buy. But the Hornet was as poor of a predator cartridge as the 32/20 was a deer cartridge. But predators were not the problem they once were. States hired professionals to trap or shoot or poison every predator they could to protect the new deer populations and “licensed” game animals. The little 32 WCF was dead, almost.

Here we are today

What saved the 32/20 was the cowboy. Not the cowboys as in herders of livestock, but “Cowboys” as in SASS. The generation of guys that grew up with cowboy movies and TV loved the “Old West”. Speed shooting contests with Western Frontier guns while dressing up in costume. It is fun to shoot, family oriented and took the shooting sports industry by storm. Reproduction guns in traditional calibers came pouring out of the factories not only in the US but from all over the world. And a lot of those were in 32 WCF because the “Cowboys” rediscovered that they could shoot faster and with higher scores using the light recoiling 32/20.

When military surplus guns were once more allowed to be imported, a change happened in work gun areas of the West. Fewer lever action 30/30’s were seen in pick-ups and ATV’s on the ranch. More SKS’s were showing up every day.  Remember, working guns are cheap and so is their ammunition. The break up of the Soviet Empire dumped hundreds of millions of rounds of 7.62X39 ammunition and a lot of it ended up in the USA, and cheaply at prices of less then ten cents a round. Today, that ammunition and most newly manufactured stock is going to the wars in Asia Minor. So the two trends have over lapped, lots of used “Cowboy” guns available and no cheap ammo for the SKS.  Re-enter the 32/20.

While there are fewer 32/20’s made compared to 45 Colt, 44 Magnum and 357 Magnum, try to find a used one. They are sought after avidly by framers and ranchers. Small game hunters and plinkers wanting traditional guns in traditional calibers are actively searching out every 32/20 they can find. And the 32/20 is just as effective today as it ever was in the 1800’s.

So what are they good for? They will still kill coyote sized and smaller animals dead at 100 yards, quietly and efficiently. Shooting your 243 or 22/250 around livestock will make you unwelcome if a visitor, and unhappy if they are your own stock. Rifle accuracy is still 2 MOA even with mediocre loads, good enough for a working gun. Sports that shoot varmints for recreation are very disappointed in that there isn’t any bloom of prairie dog parts misting through the air. But if you hit them, they are just as dead and not eating alfalfa. It is a turkey and squirrel and rabbit gun supreme!  It’s also a good first centerfire gun for the kids and to teach rifle and pistol skills after the 22 LR is out grown.

A flat nose 115 grain bullet at 900 f.p.s. from a revolver or 1600 f.p.s. from a rifle is very effective. Twelve inches of penetration in flesh will solve most problems you need a gun to solve. 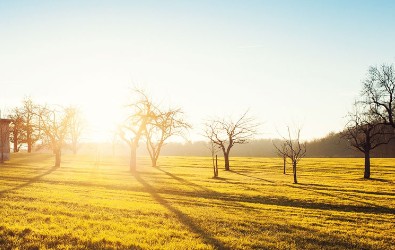 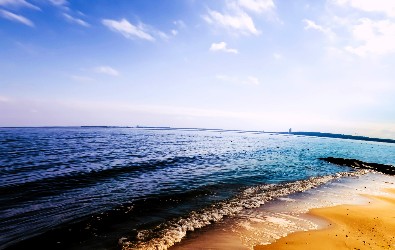